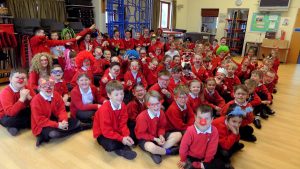 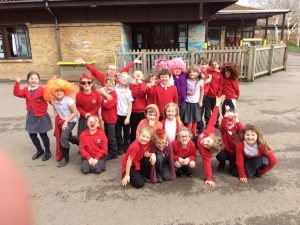 This year the theme was 'do something for a laugh' and all the staff and children joined in the fun.
The school kitchen baked over 200 Red Nose Day Cookies which were a great hit with children and staff. It all went towards raising funds for Comic Relief.

The children of Bridport Primary School once again made their laugh matter when raising money for Comic Relief.  The School Councillors worked hard all week selling Red Noses to their class mates in preparation for the big day.  Everyone got involved by dressing down and telling jokes. They even ended the day with a very popular cake stall! In total £704.30 was raised, and the money will go towards helping provide lifesaving vaccinations and education to millions of children.

The staff and children raised £90 by wearing an accessory that would 'make someone laugh'. The school also made a school joke book, with jokes contributed by the pupils, that was given out to every child on the day.

Also on the day Dan White and members of Bridport First Response Team  kindly gave up some of their time to come into the academy and give some demonstrations to students from all four houses. Students watched a short video explaining the importance of first response and defibrillators and how it can effect the lives of people of all ages.  Students also watched a defibrillator to see how it would be used and they had a go at CPR. 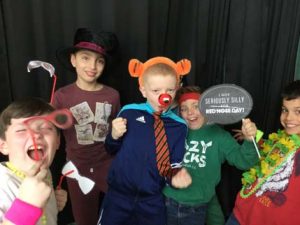 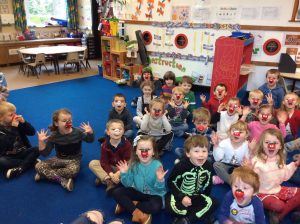 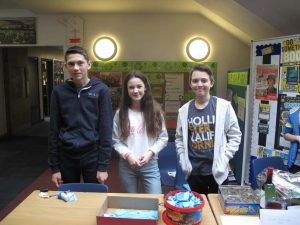 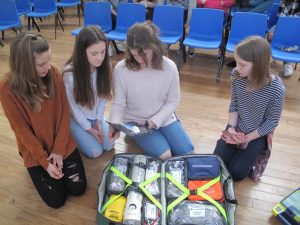