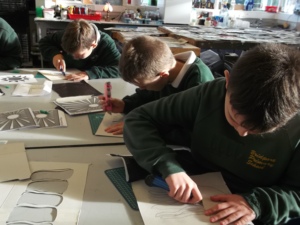 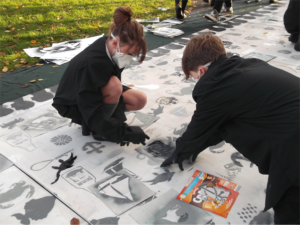 Local schools from The Minerva Learning Trust have now completed work on a 7.5m long mural which will be installed on the hoarding outside the LSI.  Over 100 students from across the Sir John Colfox Academy, Bridport Primary, St Mary’s CE and Burton Bradstock CE Primary Schools worked on the project with Miss*C’s Graffiti Academy.

Crystal Johnson, Activities Coordinator for the LSI project said, “the work that the students have produced is fantastic.  We asked them to think about what was special about Bridport and they came up with a huge number of ideas which they developed into stencils with incredible skill.  Spray painting their stencils on the board was definitely a highlight of the workshops.”

Cleo Heard from Miss *C’s Graffiti Academy, who led the workshops said, “I have been really impressed by the commitment and enthusiasm of the local schools to this project.  The work that has been produced really is unique to Bridport and illustrates what young people today value about their home town”.

Kay Taylor, Executive Principal of the Minerva Learning Trust said, “It is really important to us that we maintain a broad curriculum which allows students the opportunity to express themselves, develop their artistic skills and learn together across all schools.  The community element in this project has been particularly interesting and I know all the pupils involved were thrilled to be asked to take part “.

The mural will be installed outside the LSI in the next few days and will remain there for everyone to see until the end of the restoration project later next year. 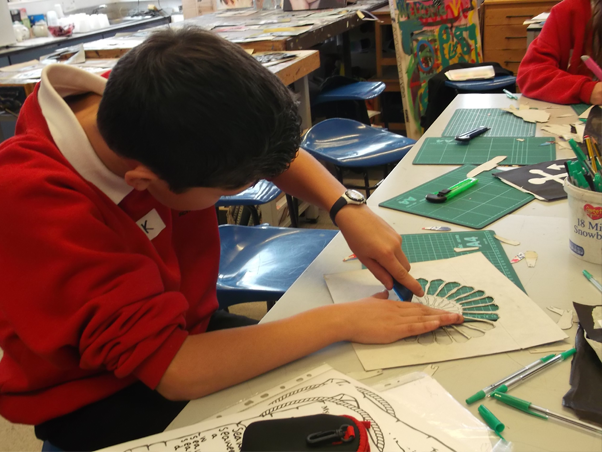 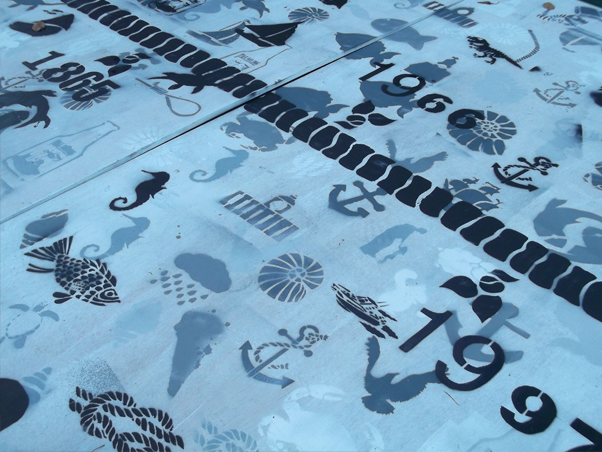 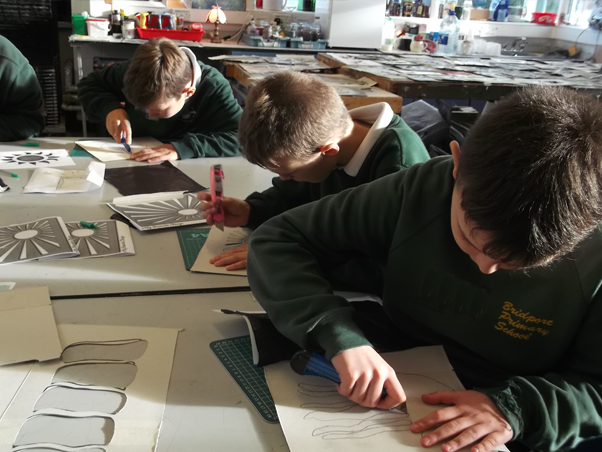